The team played brilliantly, led by Player of the Tournament, Ruby (Captain). The girls won 3 and drew 1 of their group matches. This was enough to get the team through to the final against an excellent side from A.C.S. Cobham School. After 10 minutes of play, and chances at both ends, the final ended 0-0.  Then followed an amazingly tense penalty shoot out.  Scarlett, the team’s goal keeper, performed brilliantly by saving 2 penalties.  The final penalty score saw Coopersale Hall winning 3-2.

Well done to all the team for showing such skill and determination. It is a great achievement to win such a big event. The Girls Team has now qualified for the National U11 Girls Football Tournament at St. Georges Park on Tuesday 26 June. 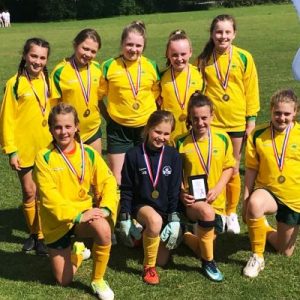 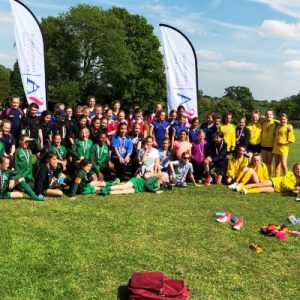