On Thursday 14 June, four children from Coopersale Hall School attended Haileybury Arts Challenge – Arwen, Charlotte, Uma and Zoe. The theme was marine conservation and there were 11 teams from different primary schools. Everybody learned many important facts such as the ‘Great Pacific Rubbish Patch’, which is six times the size of Britain and weighs the same as 47,000 cars!

The first activity was art where the children designed a collage using plastic items that have been discarded in the sea.

The second activity was English where the children had to write a story based on the sea. The challenge here was that each girl wrote a part of the story and they could not discuss the story line before writing their parts. Luckily, their story linked together well and was a credit to them.

The third activity was drama that we all enjoyed. The children acted out the effects of plastics in the sea and the movement of the water. The girls produced an impressive performance.

Next was a delicious lunch in Haileybury dining-room with a large choice of healthy options that we all enjoyed.

Our final activity was music where the girls had to use percussion instruments to represent the sea.

After all the activities were completed, we met in Bradby Hall where the girls’ parents had also been invited. It was time for the results. Not only did the girls come first in the English challenge, winning a book, but they also won overall first place for the whole arts challenge. It was a magnificent, thoroughly deserved result and the girls won goody bags which included a certificate, a T-shirt and a family ticket to visit the London Aquarium. Well done to all four pupils! 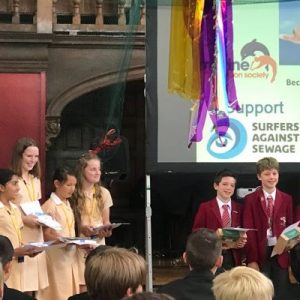 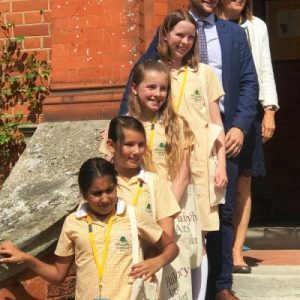 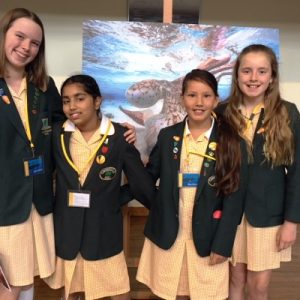 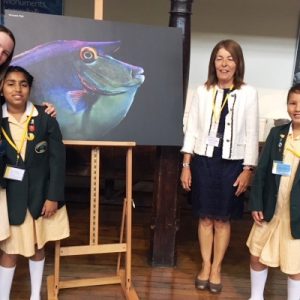 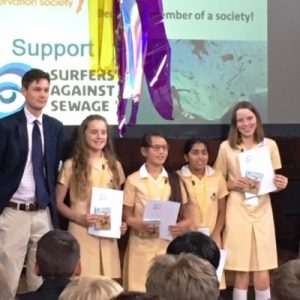 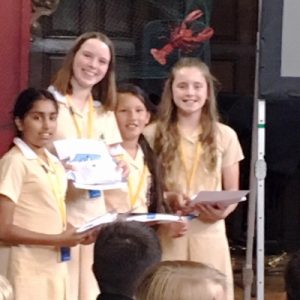 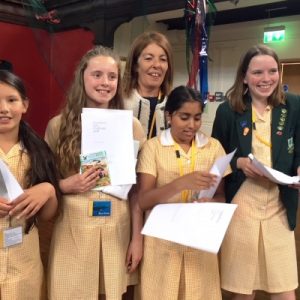 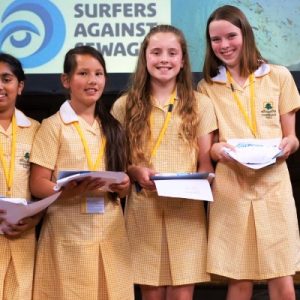