The first race was for the Year 3/4 Girls team.  We got off to a good start but soon found ourselves involved in a hard race against Oakland’s School.  At the final tape we finished second in silver medal position.

The second race was the Year 3/4 Boys who performed very well finishing in fifth place.  The third race involved the Year 5/6 Girls who were close to third place for much of their race before finally finishing in a very respectable fourth place.

Finally it was the turn of our Year 5/6 Boys team who from the start stayed up at the front before getting caught towards the end of the race and finishing in second place.

Mr Robinson would like to thank all of the pupils for their determination and effort.  Also a big thank you to all the parents who turned up to cheer us on.  The school had 34 pupils running so we will just list the two Silver Medal winning teams.  Well done to you all.

The full gallery of photos from the event can be found HERE. 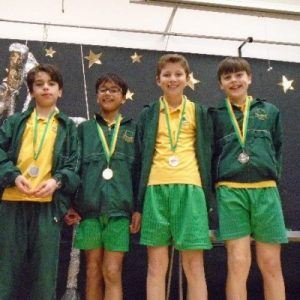 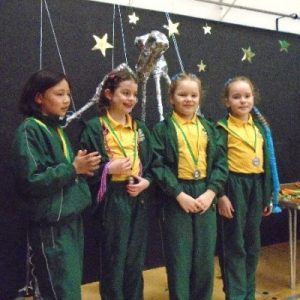